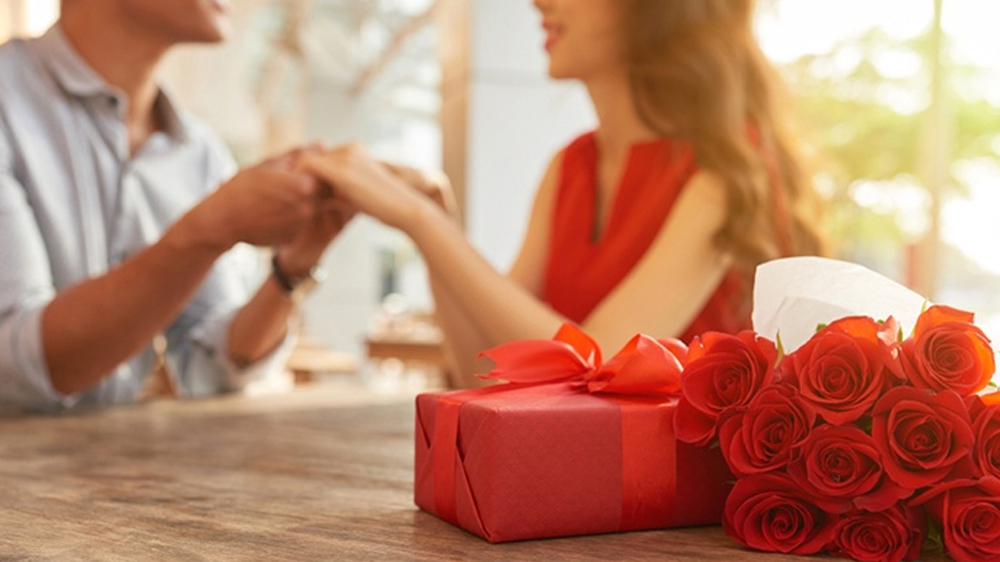 12 Romantic Anniversary Gift Ideas that will Wow your Partner

12 Romantic Anniversary Gift Ideas that will Wow your Partner

“Anniversary” the day when we recall what things we went through from the day of the wedding ceremony. Anniversary is the celebration of successful years and a new beginning of year together with your partner. Celebrating the anniversary is to multiply happiness. Celebrate it with your family and friends by inviting them. If you are looking for invitations, they are available at videogiri. If you want to limit your expenses try, cheap anniversary ideas. For that celebration, most people plan to present some gifts to expose their love. That isn’t necessary to present gifts, but while receiving the gift, the smile on the people’s face make us gift something. Even wives search for ideas of anniversary gift for husband, and husbands also.

While planning to gift something, the most common question arises on everybody’s minds, “what to gift?” “Which gift is best for the anniversary?” Whomever you are seeking for anniversary gift ideas for parents, or friends, or relatives, your gift needs to be feeling personal. Always choosing a gift is a bit difficult because of the variety of gifts. For those who are seeking, here we present some romantic anniversary gift ideas. You can get those gifts from a local gift shop or an online e-commerce website.

1. Customized Hourglass for the Lovable Couple

If you are looking for unique anniversary gift ideas for parents or your partner, a customized hourglass could be excellent. Customize the hourglass with their name that represents how long they are together until this anniversary. It was an excellent relatable gift for an anniversary couple. There were many gift shops and web sites providing customization with the hourglasses. Gift them such unique gifts.

2. Couple Watches for the Anniversary Couple

For those seeking anniversary gift ideas, couple watches are one of the best gifts you can present. The same model watches with a variation for males and females available on the market. You can get them on local stores and e-commerce websites. It indicates Those two watches may be different, but they show the same time, as the couple was maybe two bodies, but the purpose of their soul was the same that loving each other.

3. Wallet for Him for Anniversary Day

Those ladies who are seeking Google for ideas of anniversary gift for husband, a purse, were one of the excellent choices. A wallet may be simple, but gifting wallet represents many things. Wallets are used to store and save money, but not for it. Like that, men also save and spent money but mostly not for them, for their family. Wallets are one of the good gifts hiding such vast meanings within them.

4. Customized Lamps for Their Bedroom to Indicate Their Life’s Glow

“Customized lamps with your photo!” sounds suitable for an excellent gift. It’s going to stay in your bedroom and going to glow over the night with your picture. It was one of the superb anniversary gift ideas.

5. Photo Album for the Anniversary Couple to Regain Memories

A photo album is a pretty good idea to reclaim the memories of the past year they spent together as couples. It’s suitable for people who were seeking anniversary gift ideas couple gifts. A photo album is quite a personal, memorable gift you can present to an anniversary couple. Collect the photos over through the year and make a personalized photo album.

T-shirts with printed unique messages are a great treasure for anniversary couples. For example, T-shirts with printed texts like “her Mr.” and “his Mrs.” They are looking good, and everyone can easily understand that they are a couple. These kinds of T-shirts are available ready-made at local shops and e-commerce websites. If you want, you can customize your T-shirt with your messages.

7. Cushions with your Messages for your Spouse

A bedroom is the womb of love. Decorating them with your customized cushions with cute lines is the best gift you can ever give to them. Wordings like “Mr. Mine.” And “Mrs. Mine.” It is so attractive to read and feels so romantic. It’s going to be the adorable decoration ever your bedroom has in it.

8. Photo Frame with the Cutest Picture of the Couple

9. Personalized Mug for your Spouse

What about a simple mug with your anniversary wishes on it? What is the reaction of your spouse when you brought coffee at the personalized mug at your bed? A mug may be simple but a useful gift because we use them daily, and they get remembered about the anniversary day while drinking coffee in this mug. A personalized mug is one of the right ideas of anniversary gift for husband.

10. Teddy for Her on the Anniversary Day

Planning for the gift your wife for this wedding anniversary? Gift a teddy bear-like old days on love and dates. It’s going to give a kind of nostalgic feel and become a playful gift. Also, which women are going to hate teddies? Teddies are the best gifts you can present to your wife.

11. Personalized Cakes for the Wedding Anniversary

Why don’t you recreate the cake cutting event from the wedding of the couple? With their pictures, personalized cakes are one of the beautiful gifts you can give to couples. If you arranged this cake as your wedding anniversary gift ideas couple get amazed after seeing that. It’s simple but suitable for a wedding anniversary.

Chocolates are delicious and romantic gifts for couples. While feeding the gifted chocolate to each other, it was going to be one of the best moments during the year. Make a bouquet with chocolates or fill a basket with chocolate and gift it to the wedding anniversary couple.

How To Make Wedding Invitation Video?

How To Find and Choose the Best Wedding Invitations Design?